Random snaps of past events and productions. (We’re always adding new visual proof of how much fun we’re having. If you have a picture of us, post it on our Facebook!) 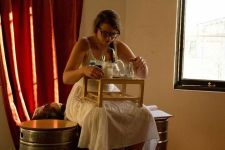 A snap from our student-written production in November last year 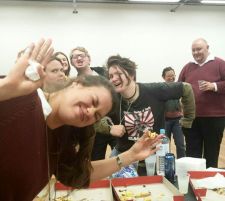 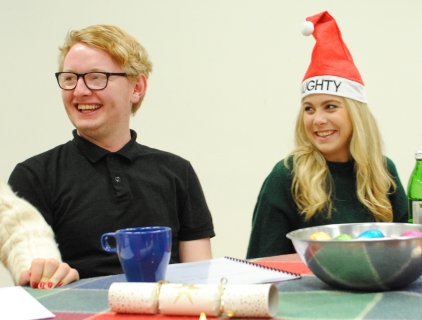 cute-ass ‘siblings’ in Christmas in July 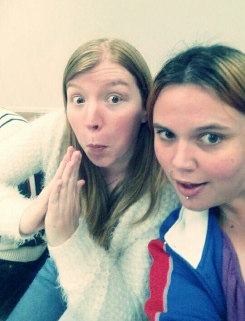 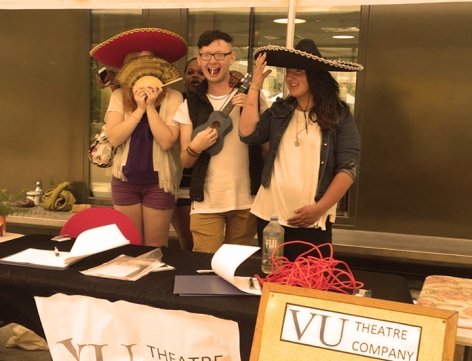 Boys putting on makeup, because theatre

“She invited the priest!?” Christmas in July cast in rehearsal

half-posing in rehearsal for Boxed In, Fringe 2015

Autograffiti on posters from The Poison

Fresh off the stage. them feels. 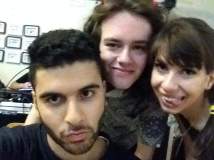 Four-fifths of the sexy, sexy cast of “The Poison”, our November 2014 production

“Close Encounters of the Undead Kind” cast getting rowdy in rehearsal

Nik and Alex represent at Orientation 2015 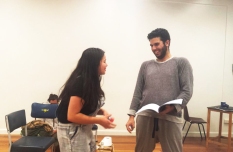 The Poison in rehearsal

behind the scenes of “Boxed In”, Melbourne Fringe Festival 2015. From left to right, clockwise: our beautiful stack of stage junk, the cast and directors take a break, stage manager Fulya hauls a set piece down the halls of VU Footscray Park, and set designer Sian caught by surprise.

Our mascot, Jed, getting festive

Stars of “Bad Taste in Boys” Dylan, Nat and Brandon line up for a cute couples’ shot 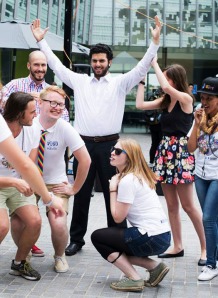 Natalia, one of the stars of our November production, said it was good exercise

Our highly-photogenic directorial team from The Poison

Loving pizza and making friends at our March 2015 public meeting

playing theatre games to warm up in a winter audition 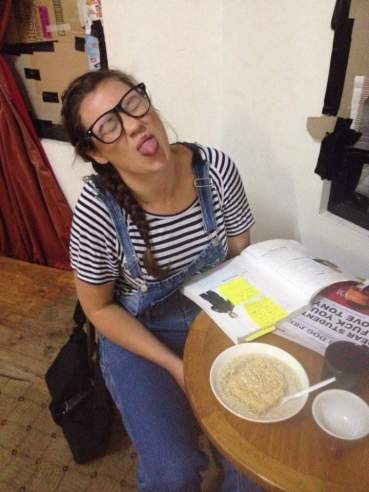